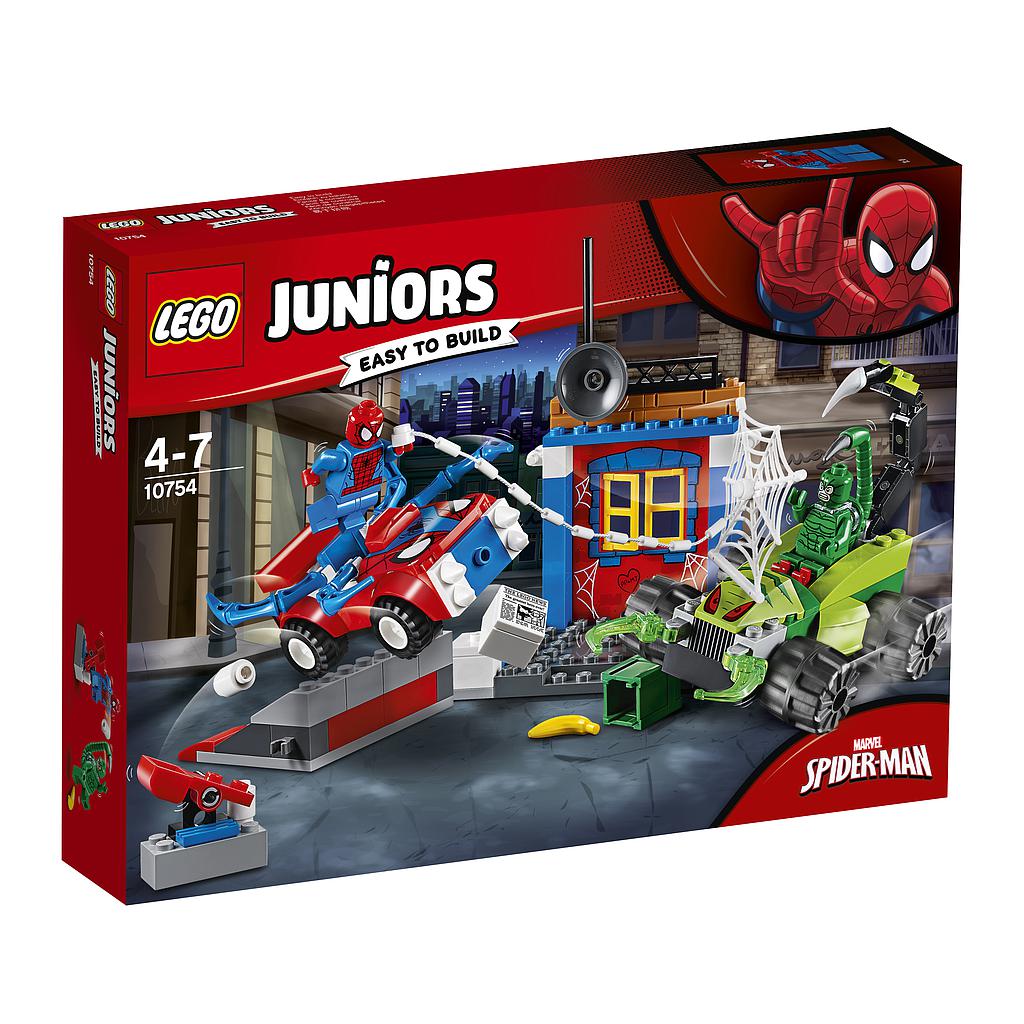 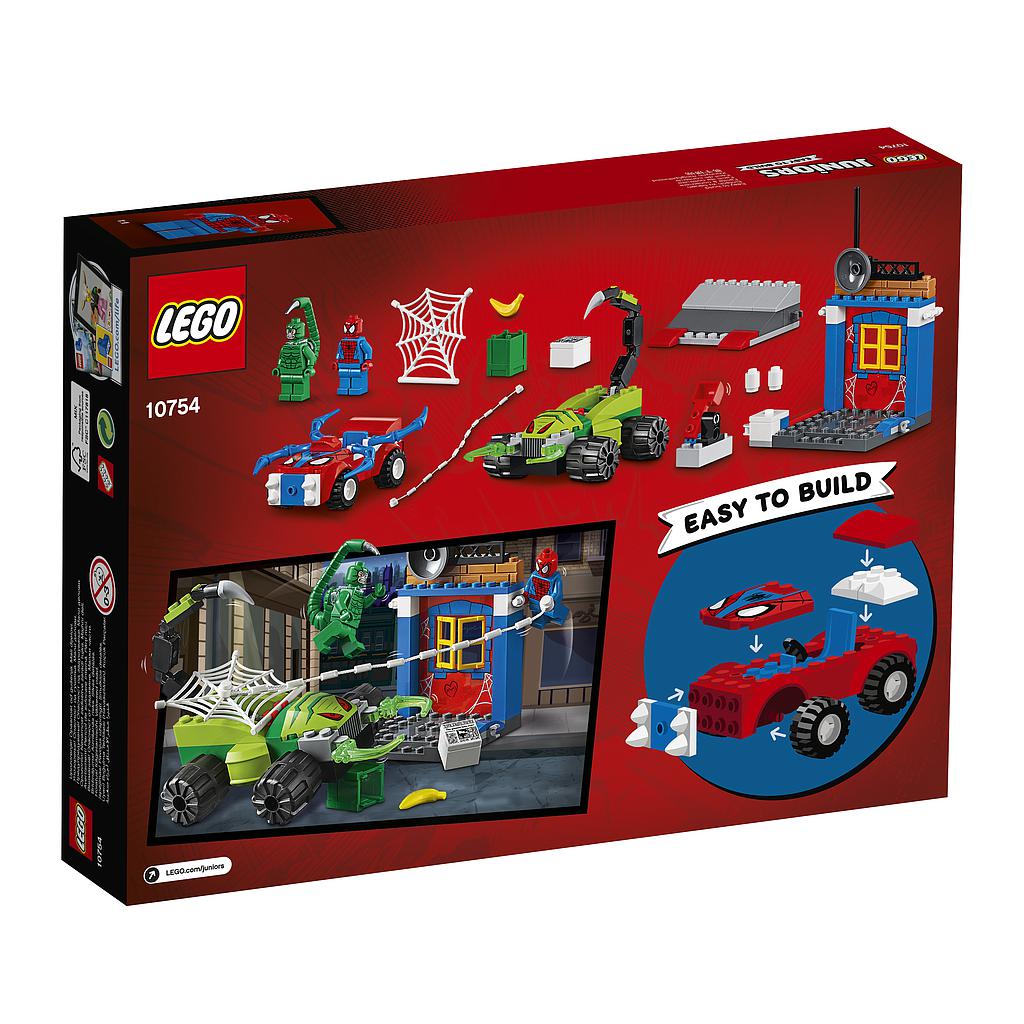 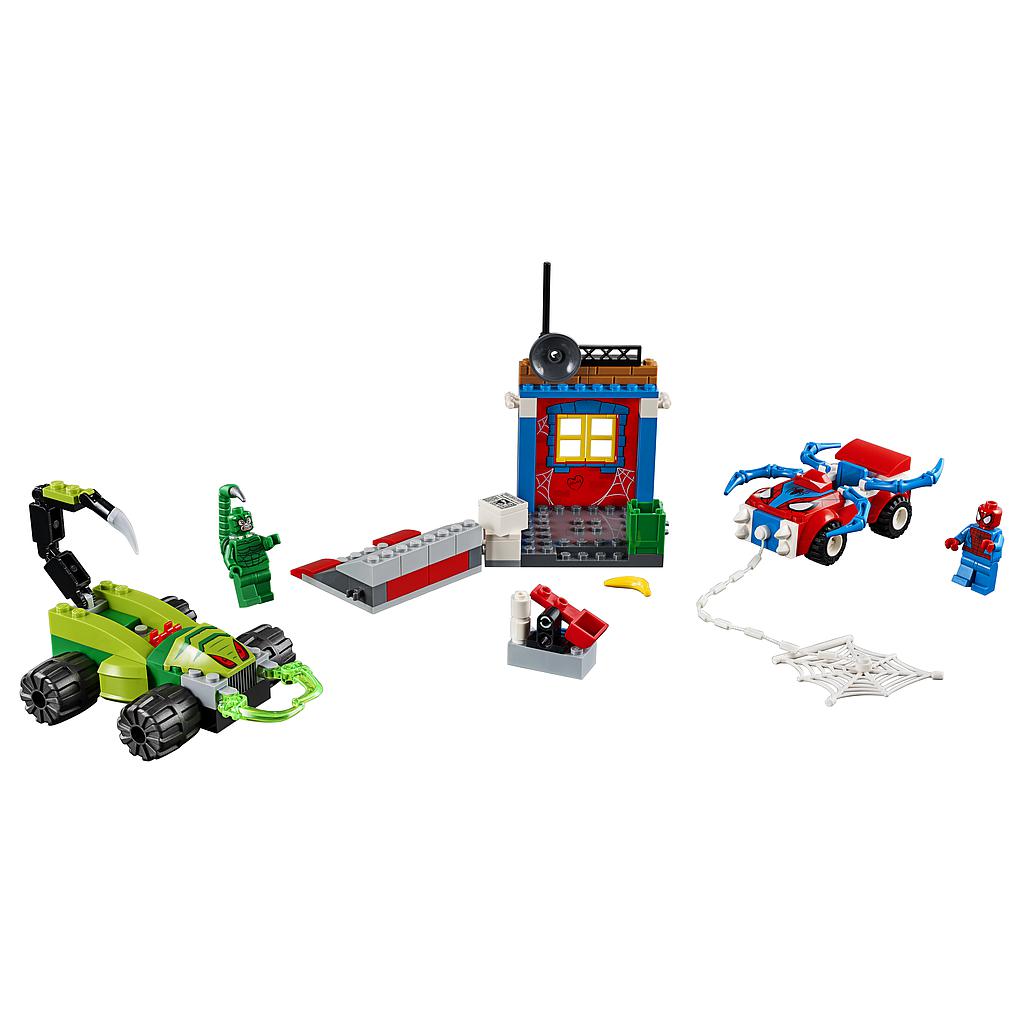 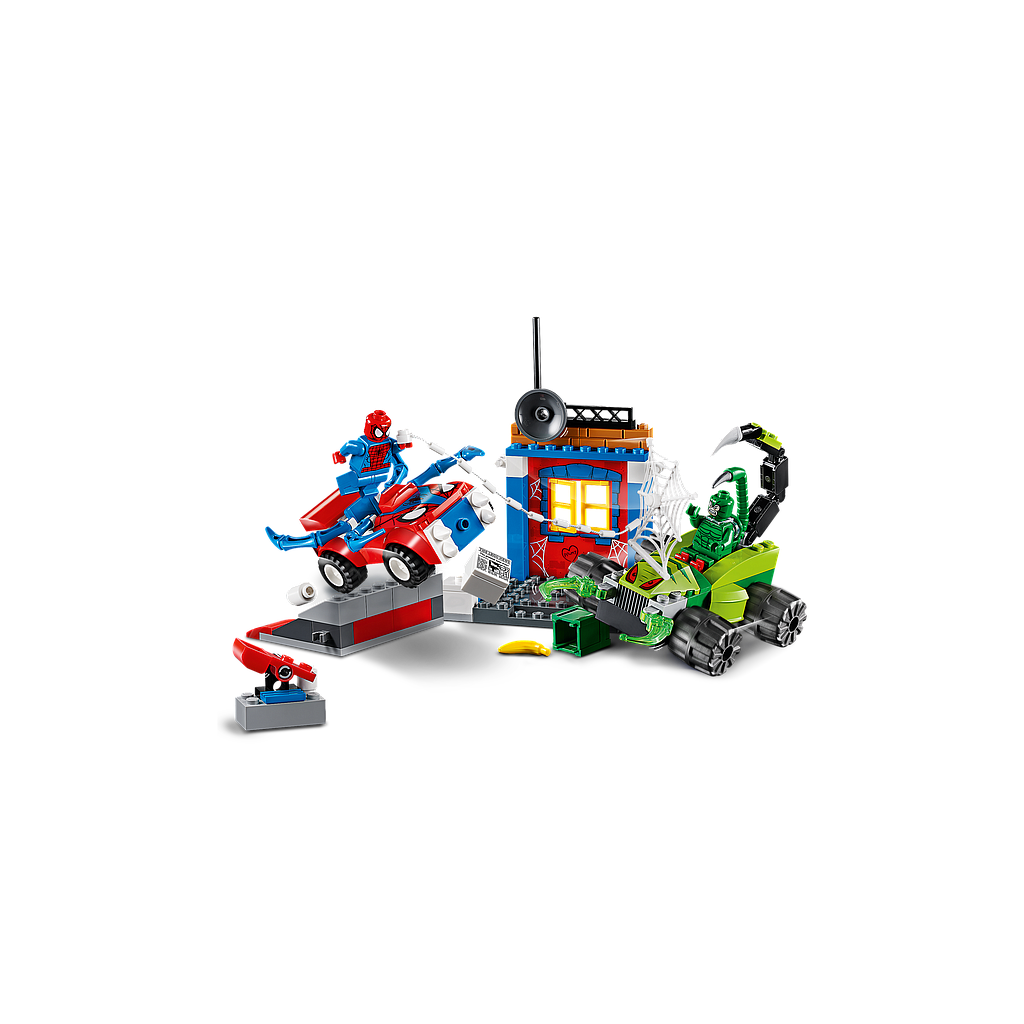 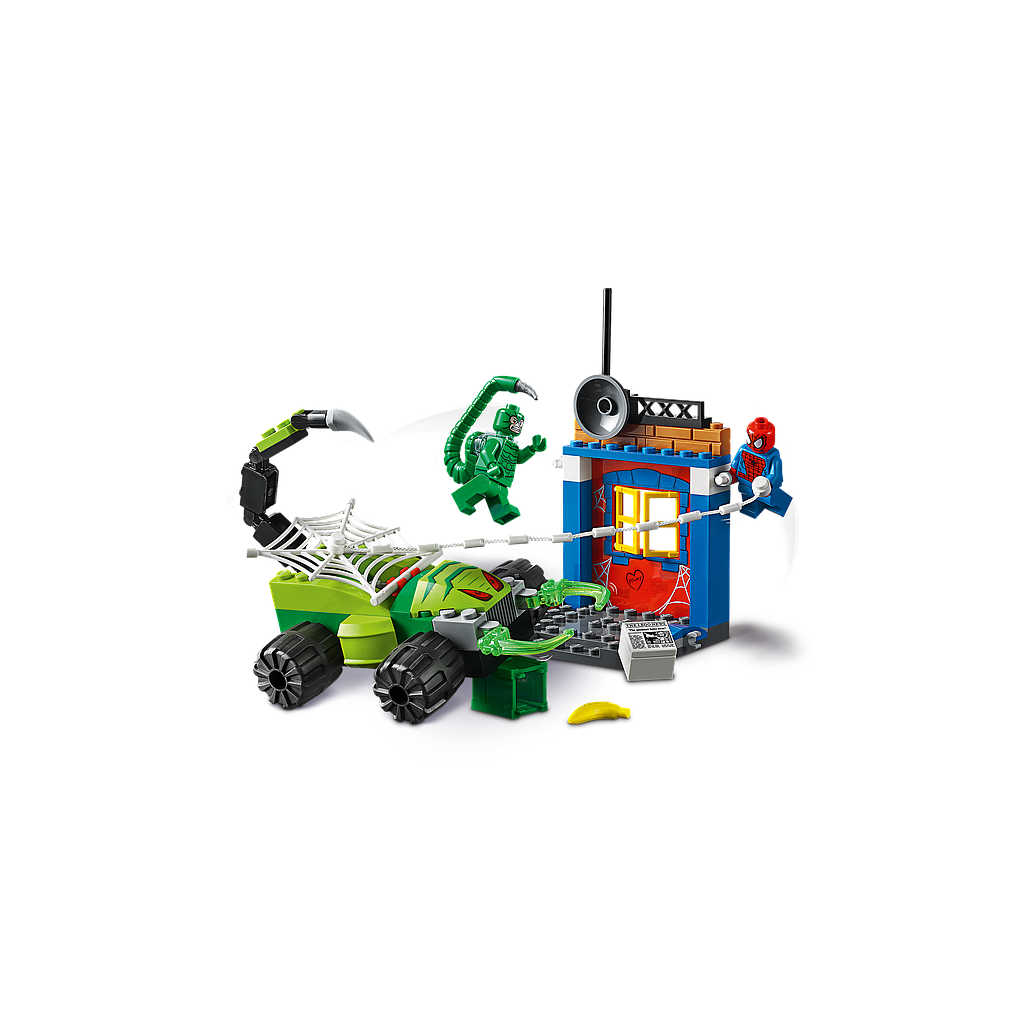 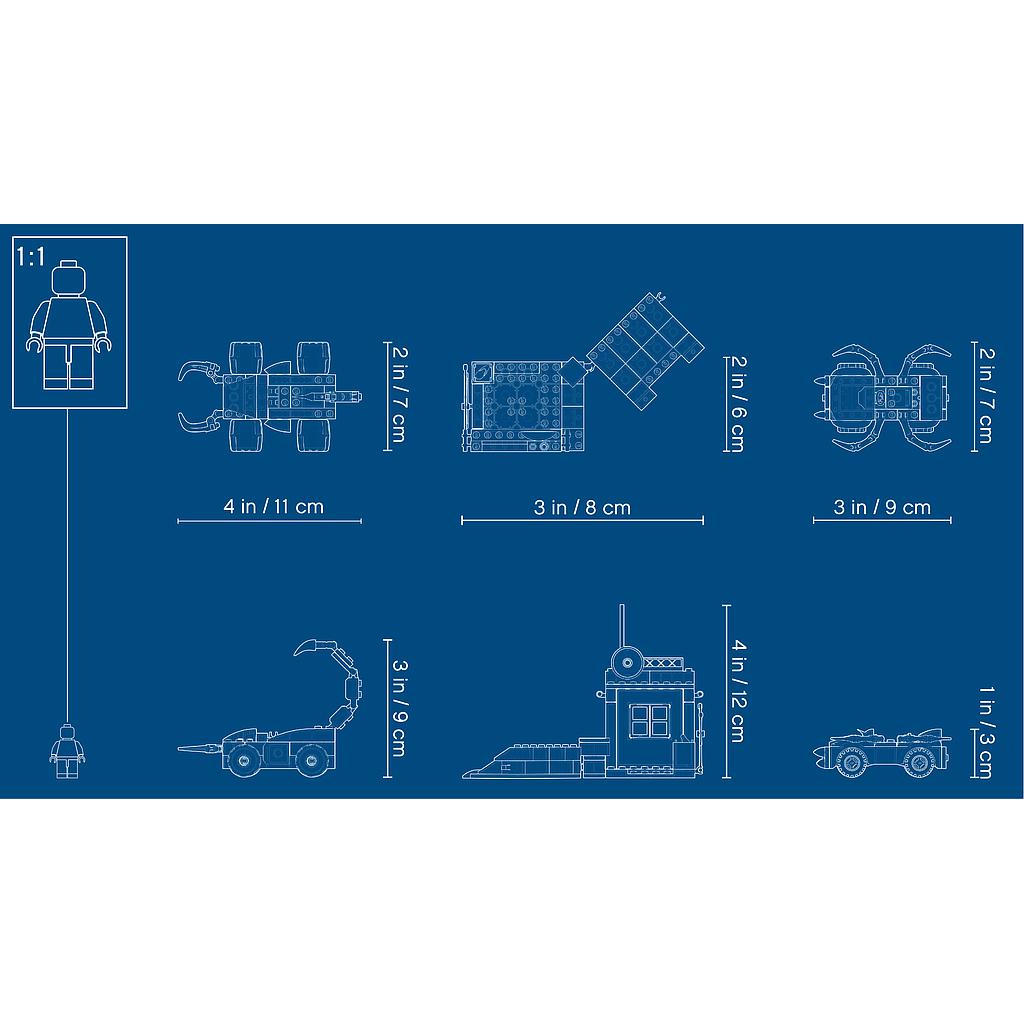 Features an alley wall with rooftop, satellite dish and antenna, opening window, connections for the large web element and wall climbing, plus a detachable ramp that works both ways and a small buildable catapult.

Also includes 2 vehicles – a Spidey-car with extra legs, large rear spoiler and a connector on the front and back to attach the web ‘string', and a Scorpion car with movable pincers and tail.

Climb up the side of the alley wall to look for Scorpion’s car.

Hop in the Spidey-car and launch yourself up the ramp out of the alley to race after Scorpion.

Turn the ramp around and chase the villain back into the alley.

Launch the web ‘balls’ at Scorpion’s car before you sling the big web and stop him.

Accessory elements include 2 web ‘balls', trash can, stack of newspapers, large web element, a banana and a flexible web ‘string' that connects to the Spidey-car or Spider-Man's hand.

Includes Easy to Build models with bigger starter pieces and Starter Brick bases, plus a simple guide to get children building and playing quickly.