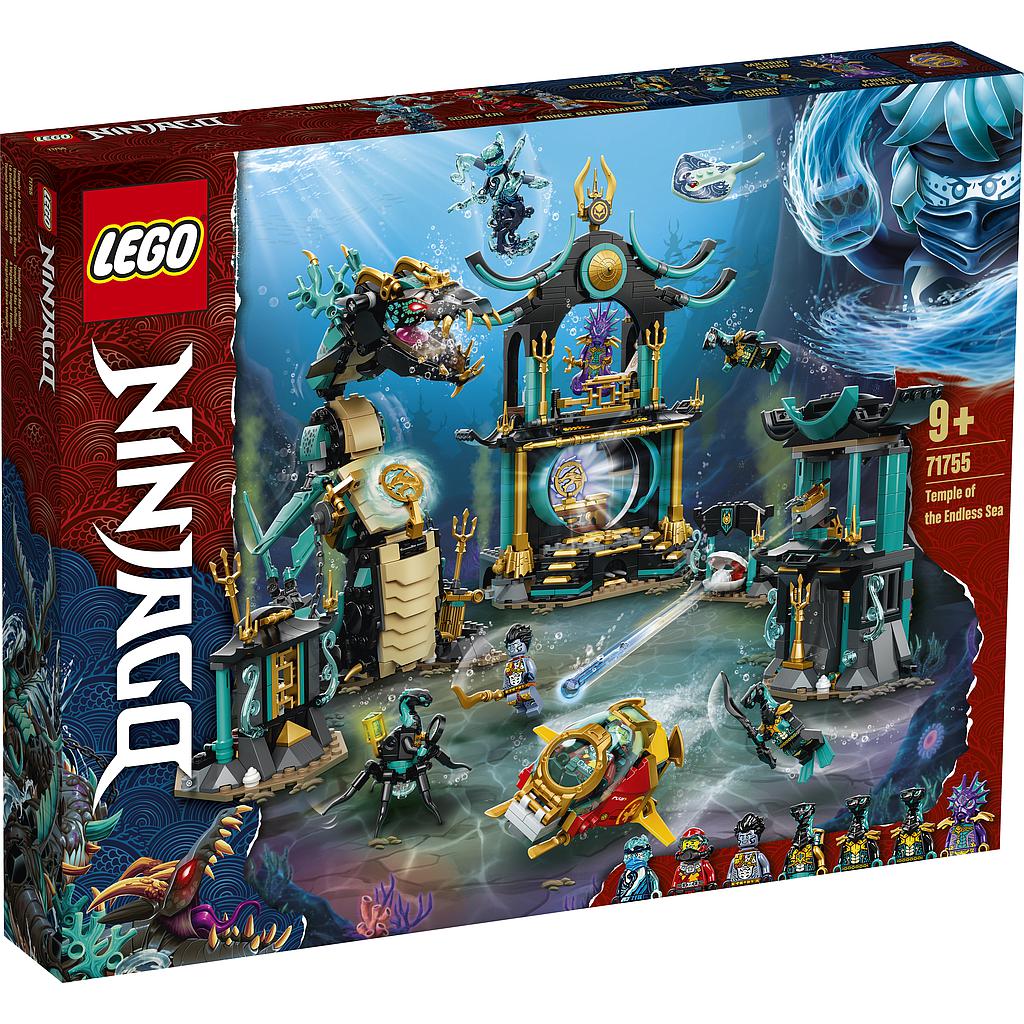 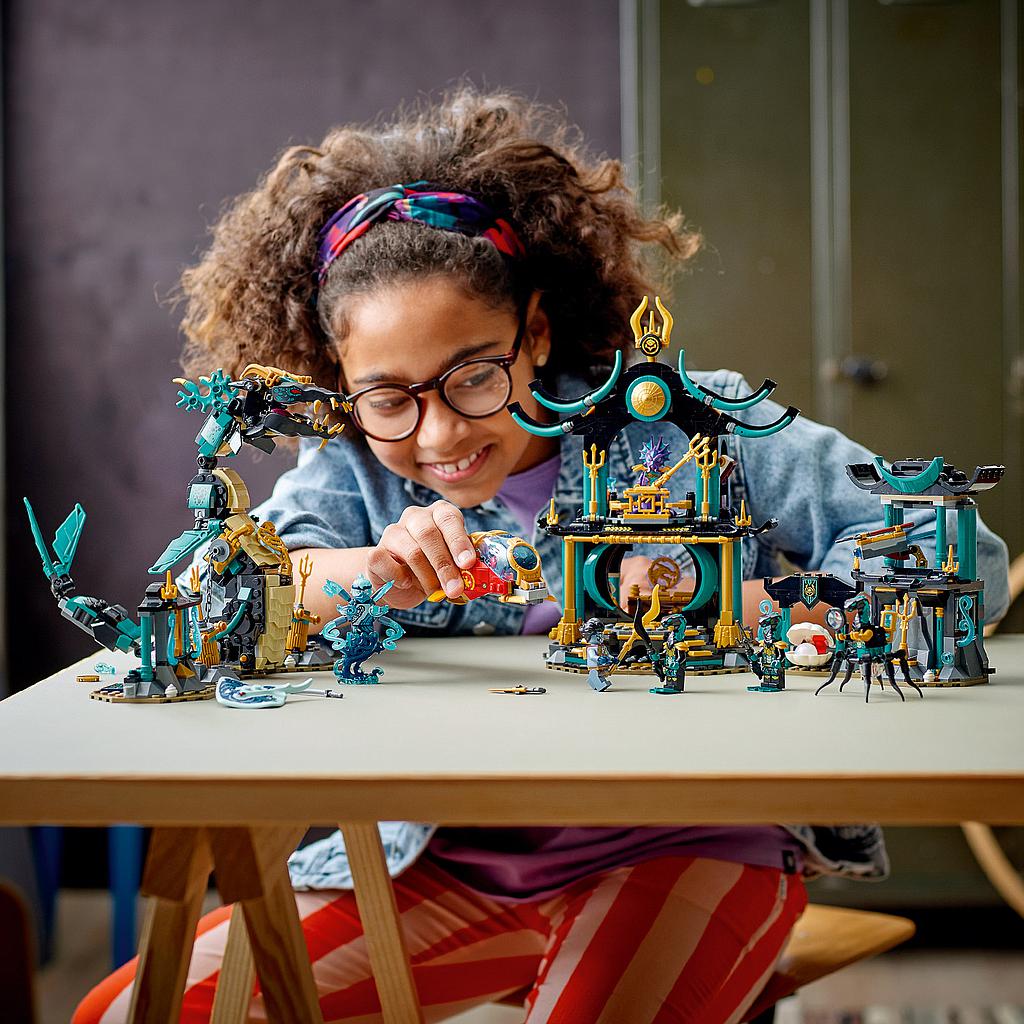 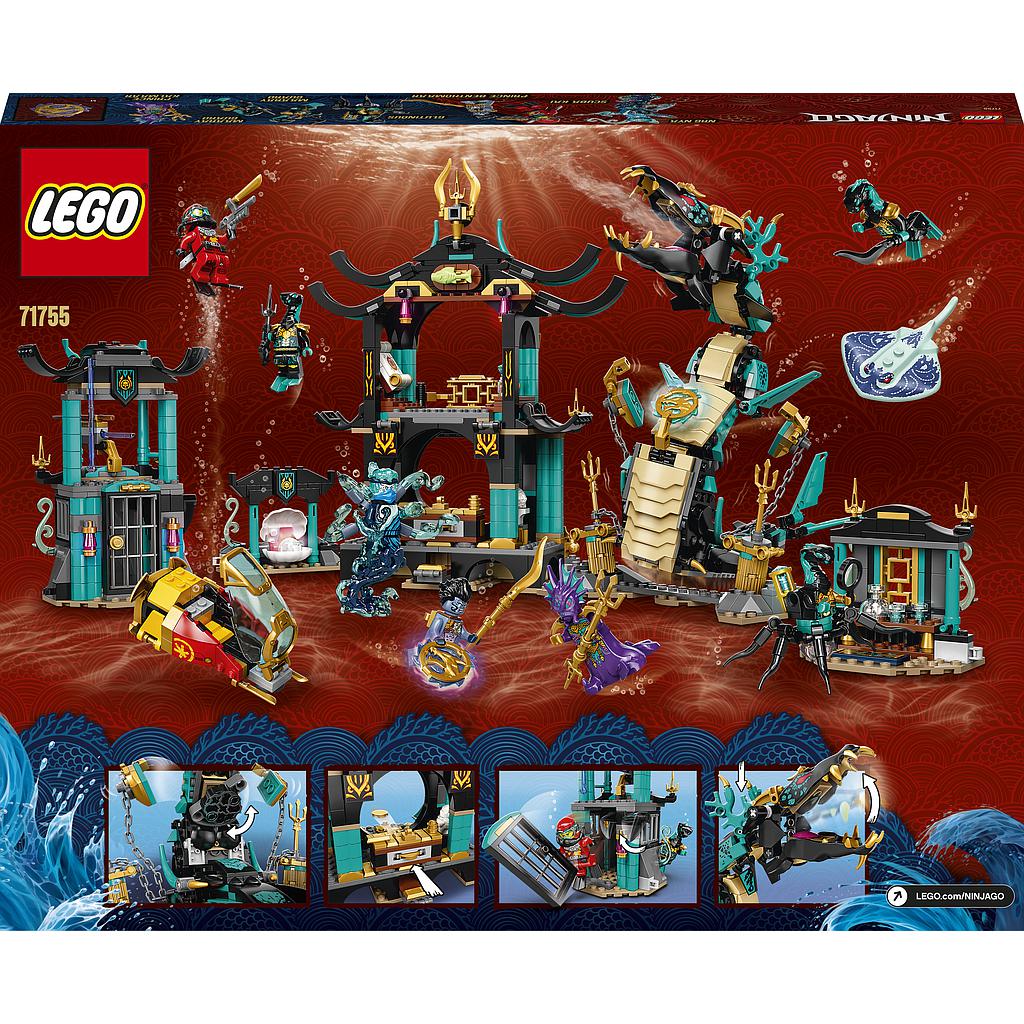 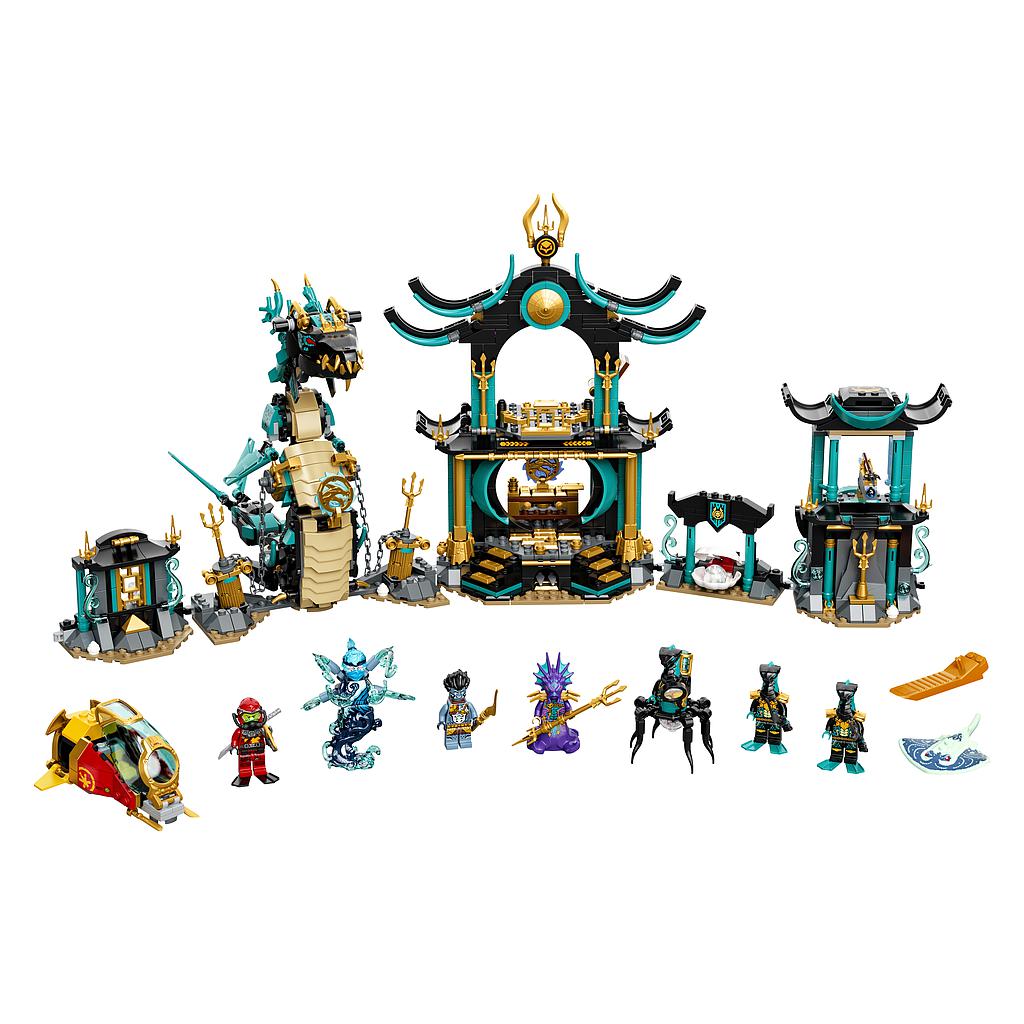 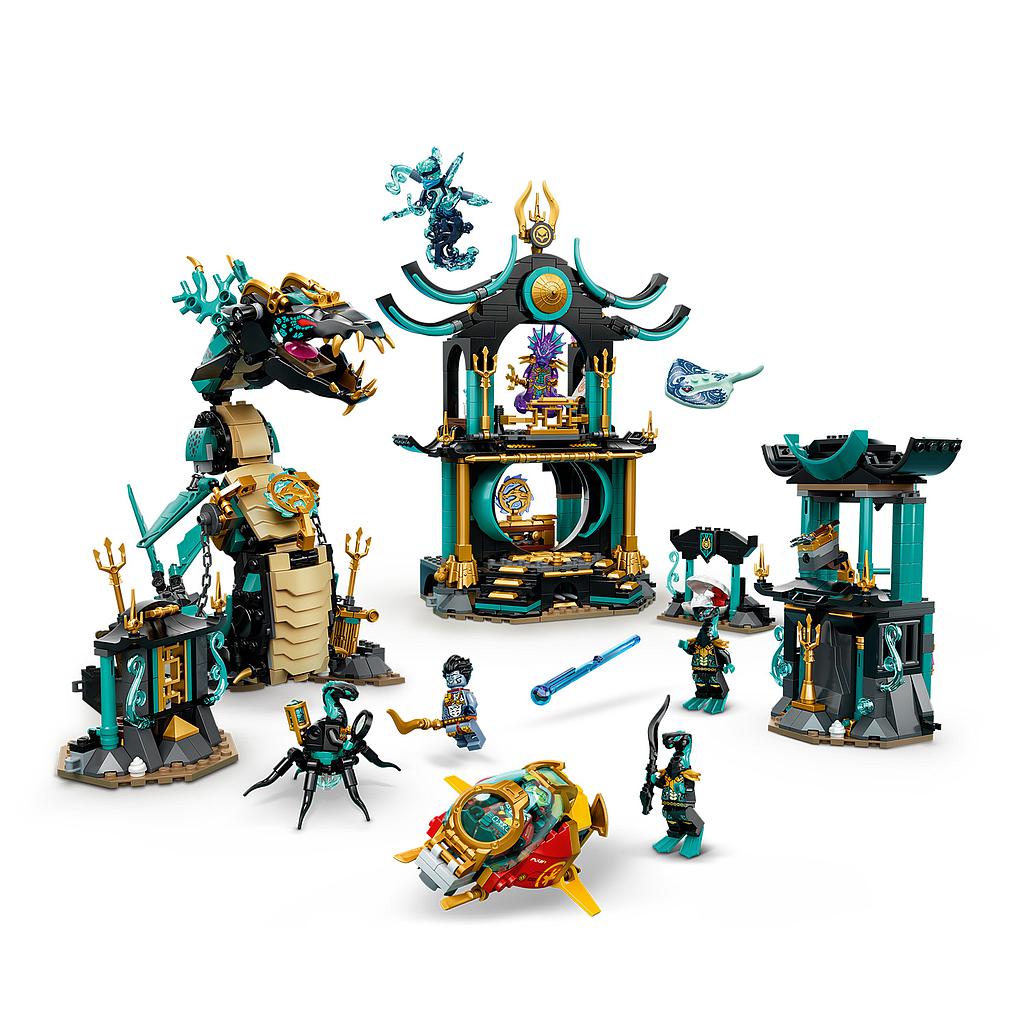 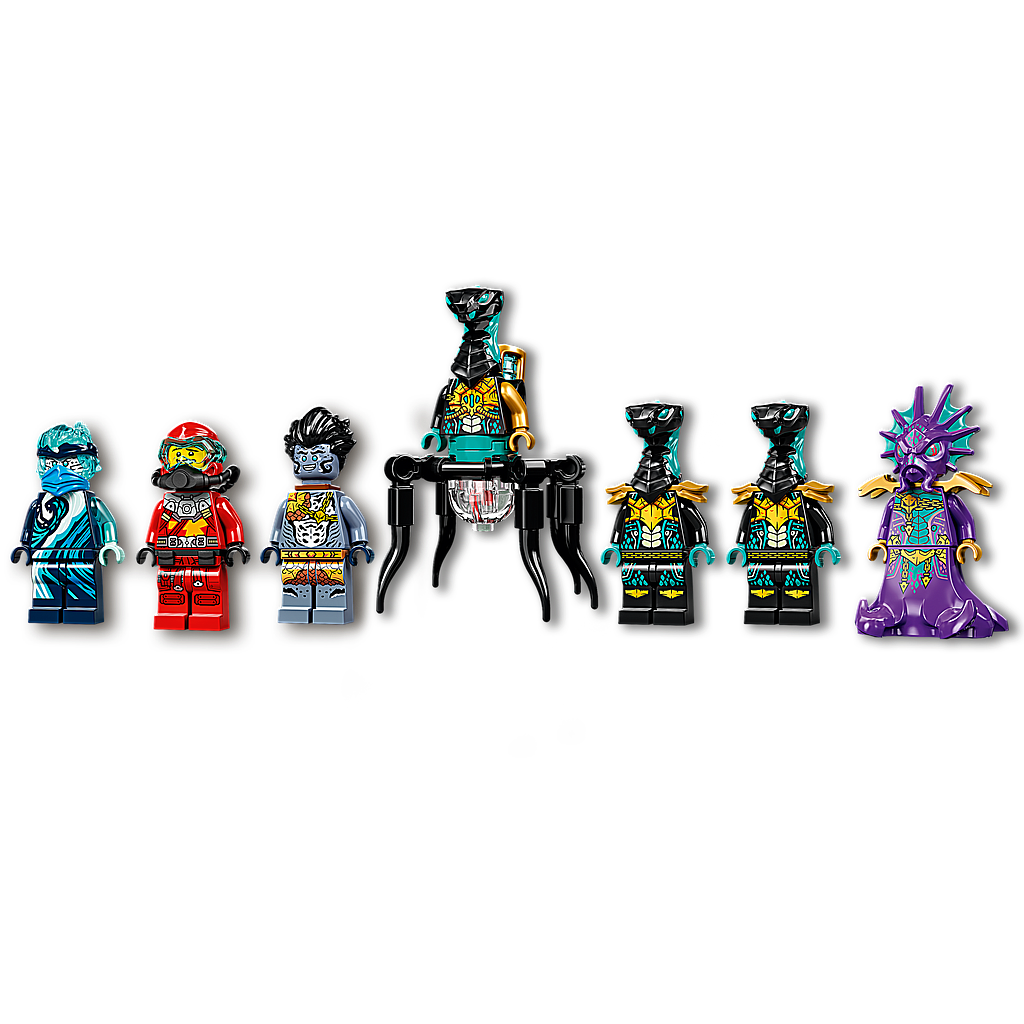 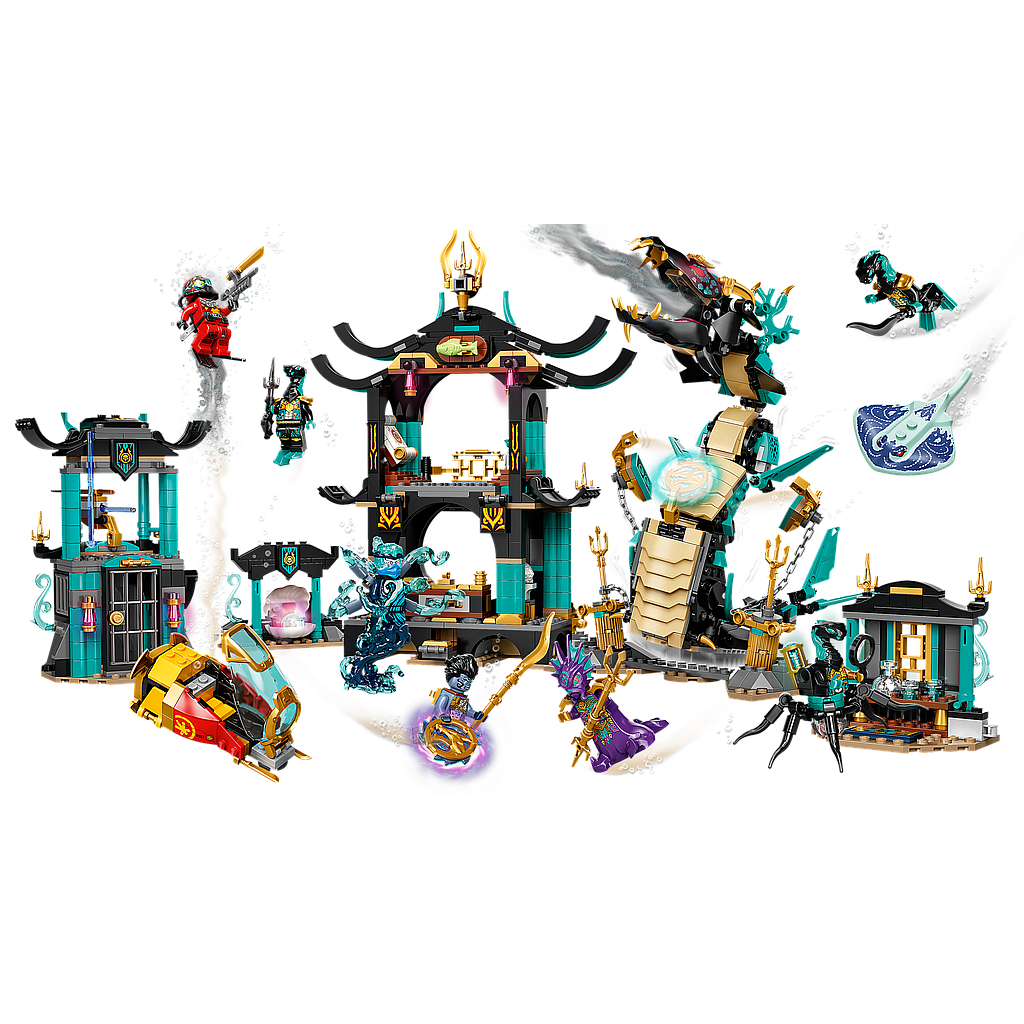 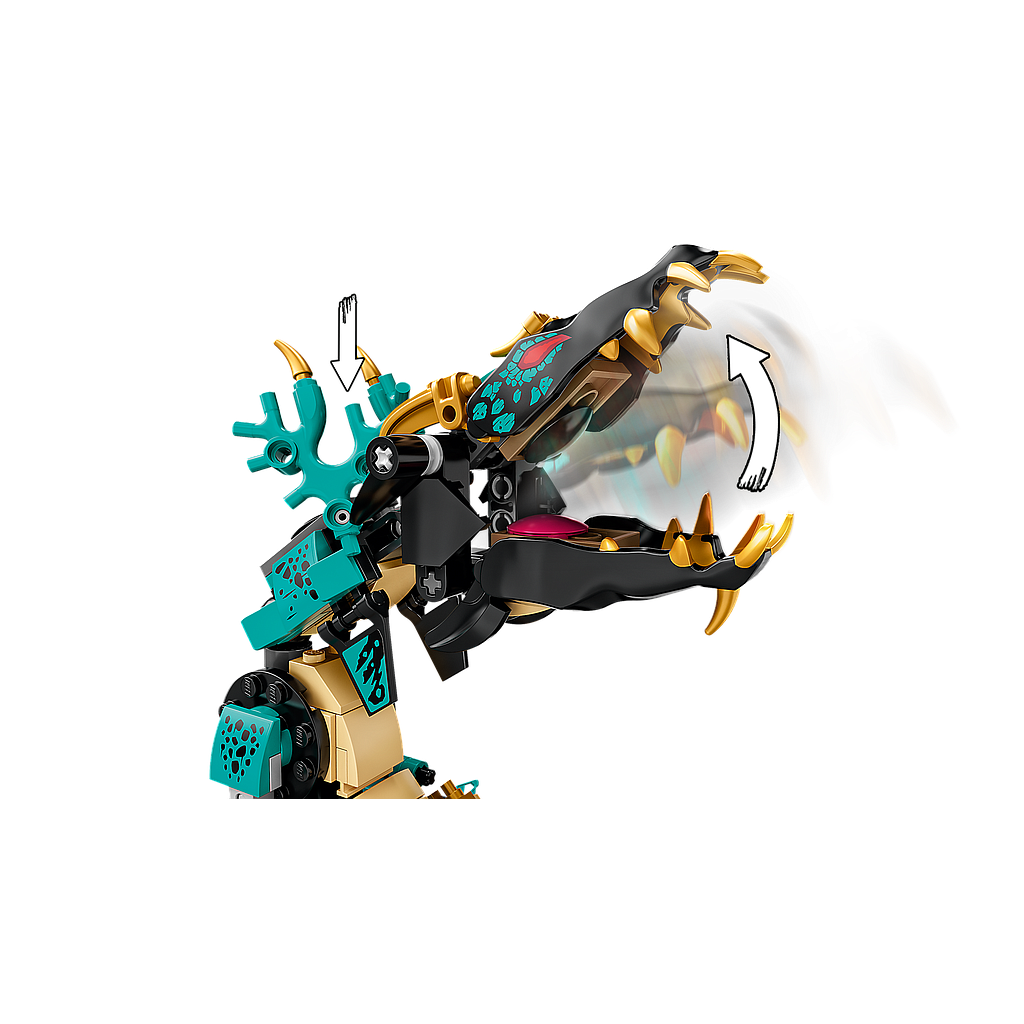 Great gifts to inspire enriching group play
LEGO NINJAGO buildable sets immediately transport kids to an all-consuming world of fantasy action. Here they can join forces with their favorite ninja heroes to battle the forces of evil by playing with a brilliant collection of ninja toys, including jets, cars and mechs.

Temple of the Endless Sea (71755) ninja playset features a brilliantly detailed underwater lair packed with cool features for kids to recreate action from the NINJAGO®: Seabound TV series.
Includes 7 minifigures: Scuba Kai, NRG Nya, Glutinous, Prince Kalmaar, Prince Benthomaar and 2 Maaray Guards to give kids all they need to stage death-defying battles under the sea.
The temple toy features a laboratory, prison, submarine, manta ray, the sea serpent Wojira in chains, plus 2 amulets with a display unit.
This 1,060-piece playset makes a great birthday or holiday gift for kids aged 9 and up who love fun building tasks and pretending to be ninjas.
Temple of the Endless Sea measures over 10 in. (26 cm) high, 4 in. (11 cm) long and 22 in. (57 cm) wide – an eye-catching size guaranteed to impress.
Look out for more sets from the NINJAGO®: Seabound TV series including Ninja Sub Speeder (71752), Lloyd’s Hydro Mech (71750) and Water Dragon (71754).
LEGO® NINJAGO® toys immerse children in an engrossing world of fantasy action where they can enjoy hours of imaginative play fighting with their ninja heroes against a cast of villains.
For more than 6 decades LEGO® bricks have been made from high-quality materials to ensure they consistently connect and pull apart – ninja strength and skills not needed!
LEGO® building bricks meet stringent safety standards, which means kids are in safe hands with LEGO playsets.